This station has meant more to me than I can articulate in a single post, but I will attempt to serve my love justice.  KHWS, I would listen and you would provide.  You cultivated my passion, you nourished my nascent curiosity, you graduated me into a world of sounds and cultures previously part of my vast cloud of ignorance.  My listeners became friends, companion beacons in the night, kindred spirits. You rock, you roll.  Now it’s my turn to roll out.

love into the dark quiet night,

introducing!… jake adler! at 4
the smash box office hit!… otis and jasper! at 5
the feature film debut of!… noah martin! at 6
starring! in their final role together… charlotte weinman and ari shooshani! at 7
also starring!… eli timoner! at 8
directed by… wilder short! at 9
produced by… kate von mende! at 10
edited by… jeanine kim! at 11

…Check out The Vault 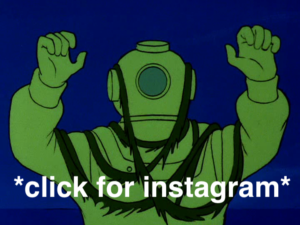